Steve Cowin passed away October 19 last year. Several generations of ESB members have been raised with his pioneering theories of bone adaptation and bone structure-properties relationships, and it feels like a great loss his contribution to this field now is closed. Rather than writing a full obituary, which can be found elsewhere (http://www.cism.it/about/newsletters/), I wanted to focus this writing on why he was so important for many of the ESB members, and for me in particular.

I first met Cowin when he was visiting the lab of Rik Huiskes in Nijmegen somewhere in the early nineties. At that time Cowin had already been active in the field of bone mechanics for almost 2 decades, and I was just starting. Of particular interest to me as a PhD student, however, were his publications on the mechanical properties of bone. And there were many already then, I realized at that point that my desk was always cluttered by publications from him. For me his papers were intriguing, not only because of the inspiring mechanical theories, but also because of his erudite way of writing.

His work on bone structure-properties relationship were of great value to me and many other ESB members. He was one of the first to precisely describe elastic symmetries of cancellous bone in relation to its porous microstructure. He described theoretical mathematical relationships between elasticity and fabric, a measure of the orientation of the microstructure, back in 1985, at a time these could not be fully tested. Only 10 years later, with the development of computational models, this became feasible, and it was found that these theoretical relationships can very accurately describe bone elastic properties, just as he predicted.

His publications on bone remodelling were those that had the largest impact on the ESB community. The theory of adaptive elasticity from 1976 was a standard work on the topic that served as the basis for computational models to predict adaptive bone remodelling 10-20 years later. I remember ESB meetings (in Aarhus, Rome, Leuven and later) with large sessions dedicated to bone remodeling, bone elasticity and mechanobiology where Steve Cowin’s work was widely cited. In more recent publications he moved his bone remodelling research interests to smaller length scales. His work on cortical bone poroelasticity was among the first to get quantitative estimates of the fluid flow in bone, thus making it possible to test hypothesis that assumed fluid flow as the mechanism for mechanotransduction. In order to get better insight in the cellular aspects of bone remodelling, he spent a sabbatical in Amsterdam, in a group with cell biologists. As a result of this, his later papers on the mechanosensory system in bone thus were among the first that made sense to mechanical engineers and cell-biologists.

I also consider the ‘Bone Mechanics Handbook’ that Cowin edited as a major achievement and a great help for myself and many others. We have been using this book extensively for teaching, training and research, and even though it was published some 15 years ago, I still consider this the ‘bible of bone mechanics’. As such, it still is permanently on my desk, that is, if nobody has borrowed it.

Finally, he was also the driving force behind the ‘Bone Mechanics’ summer school that he organized in Udine (Italy) in the period 1987 to 2010 together with other prominent ESB members such as John Currey and Rik Huiskes, Allen Goodship and many others. Later this school was renamed the ‘Bone Cell and Tissue Mechanics’ reflecting his interests moving to lower scales. Many students that took this summer school now are active and successful researchers in the bone mechanics/biology field. Thanks to the good reputation in which he left it, we are still able to continue this summer school as a successful way to attract new students in this research field. I add a picture of the first summer school that he organized in 1987 showing him with the other teachers and the large number of students, since this is the way I will remember him: as somebody who was able to inspire and enthuse new generations of researchers.

I would like to end this with a quote from one of his papers: “The overall objective is to look backward in order to see ways forward” (1). I take this as his secret for being such a visionary scientist. 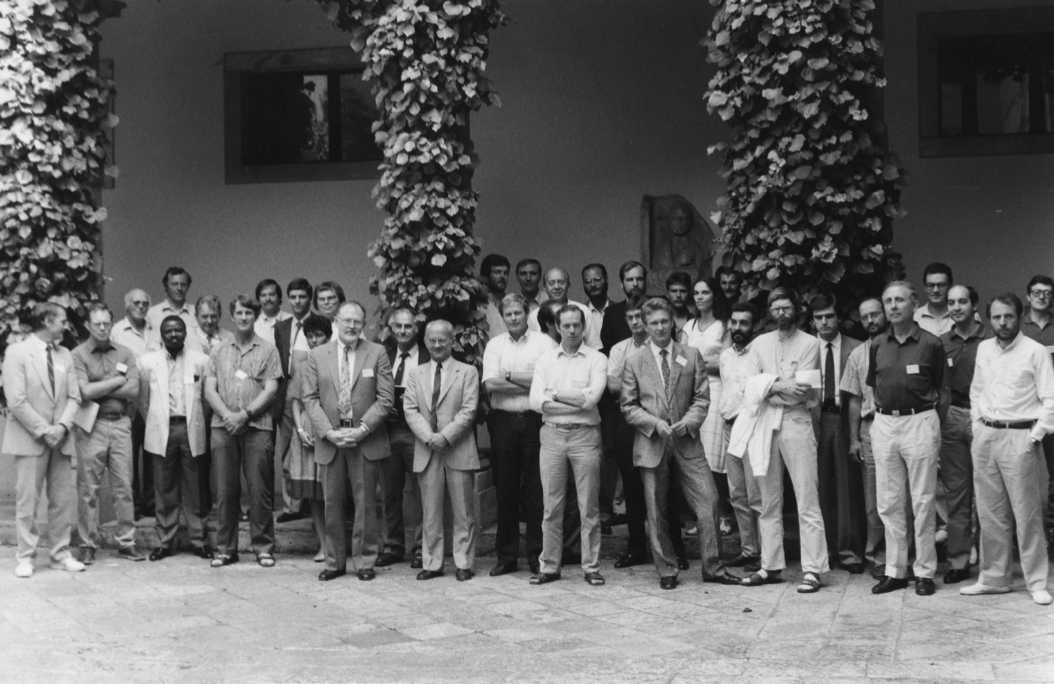