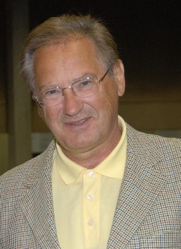 The ESB is pleased to announce that Professor Lutz Claes has been awarded the Huiskes Medal for Biomechanics 2017. Prof Claes held the first chair in Biomechanics in Germany, and founded the Biomechanics Institute in Ulm. Moreover he was the founder of the German Society of Biomechanics, and has served as a board member of the ESB. Prof Claes has actively been searching for answers to a variety of problems in orthopaedic biomechanics, resulting in over 450 publications in e.g. bone fracture fixation and mechanobiology, spine and knee biomechanics. Professor Claes will present his work in an award keynote lecture at the upcoming ESB Congress in Seville. 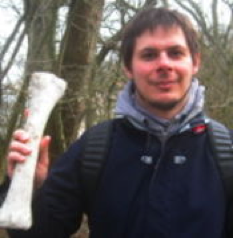 The ESB is pleased to announce that Lorenzo Grassi has been awarded the ESB Best Thesis Award 2017 for his thesis entitled “Femoral strength prediction using finite element models: validation of models based on CT and reconstructed DXA against full-field measurements.” Lorenzo Grassi studied Biomedical Engineering at University of Pisa, Italy. He then worked at the Rizzoli institute, Bologna, Italy, before starting his PhD studies at the Biomechanics group, Department of Biomedical Engineering, Lund University, Sweden.

In his PhD project, Lorenzo developed and validated a patient-specific 3D finite element model to predict femoral strength. One of the novelties is that the models can be built from 2D dual-energy X-ray absorptiometry images by means of a 2D-to-3D reconstruction method based on a statistical shape and appearance model. This allows the models to more easily be integrated with the current clinical diagnostic for osteoporosis and fracture risk. The finite element models were validated against ex vivo strain measurements collected using optical full-field techniques. The models were able to predict both femoral strains and strength with good accuracy, showing the potential of these models to be developed into a clinical tool to improve fracture risk prediction in the elderly population.

All reviewers agreed that he has presented a very interesting piece of work, which was well worthy of winning the 2017 Best Thesis Award.  Lorenzo will present his work in an award keynote lecture at the upcoming ESB Congress in Seville.

The Student Awards Committee is pleased to announce that the 4 finalists to compete for the 2017 ESB Student Award will be:

The final award winner will be decided based on each candidate’s presentation at the ESB Congress in Seville, graded according to a secret ballot held by all the meeting delegates attending the award session.

We are pleased to announce that the Mimics Innovation Award will again be presented as an ESB corporate award where 4 finalists will compete for the Award in a dedicated session at the congress.

As you can all appreciate, the time and effort required for reviewing all the material submitted to these awards is considerable. I would therefore like to personally thank all of the reviewers who have been involved in this year’s awards for your timely and professional job. There has been fair and objective discussion in order to ensure the correct decisions. I am very grateful to you all.

I look forward to seeing you all in Seville!