The Spanish National Chapter (CAP-ESB) held its sixth meeting in Badajoz on 24th October at the Escuela de Ingenierías Industriales (Universidad de Extremadura). The main objectives of the meeting were to put professionals and researchers in the field of biomechanics in contact, to enhance collaborations between universities, hospitals and companies and also to encourage dissemination and promotion of studies in this field throughout Spain.

On the day after, 25th October, courses took place focussed on image segmentation of medical images for further simulations and on motion kinematic with the software Mokka and Opensim. More information can be found on the meeting web page.

The meeting continues to promote high quality science in a friendly and familiar ambience. During the general assembly, members were informed that the next annual meeting of the Spanish National Chapter will be embedded within the 23rd Congress of the European Society of Biomechanics at the Higher Technical School of Engineering of the University of Seville, from the 2nd to the 5th of July 2017. A special ESB session will highlight the best Spanish contributions and the chapter will hold its general assembly. 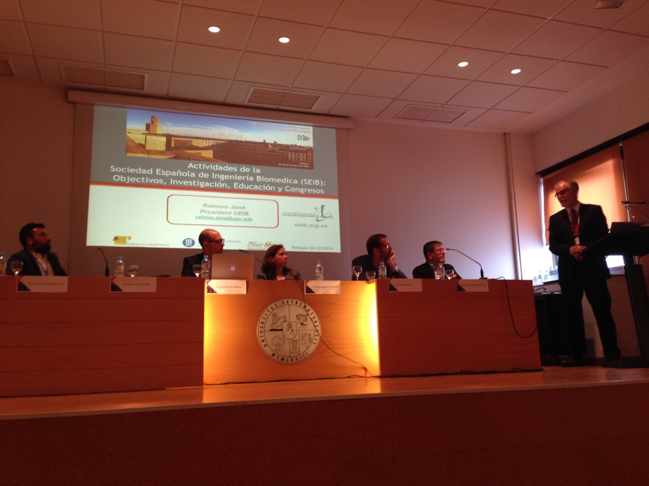 The Spanish Network of Research in Biomechanics led by Maria Angeles Pérez Anson, which includes 10 PIs from 10 different Spanish institutions of the CAP-ESB, funded the travel costs for two participants from each institution belonging to the network, highlighting the network’s capability to support the efforts of the CAP-ESB.